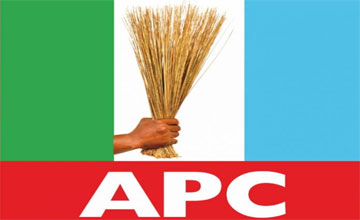 Two Special Assistants to Governor Ifeanyi Okowa of Delta State and over 5,000 members of the Peoples Democratic Party in the state have defected to the All Progressives Congress.

The defectors who vowed to team up with other APC leaders to “rescue the state from the grips of the PDP,” accused the administration of Okowa of “lacking the foresight to develop the state.”

While receiving the new APC members at the official declaration of the former chairman of the Delta State Board of Internal Revenue, Mr. Thomas Joel-Onowakpo, for the House of Representatives, Isoko Federal Constituency, the state factional chairman, Jones Erue, said the APC expected nore people from the PDP.

Erue said 2019 signifies end of the road for PDP-led government in the state.

He notes that Deltans are earnestly waiting for 2019 to end the current “political dynasty.”

The APC factional chairman described Joel-Onowakpo who also recently joined APC from the PDP as “the best man to liberate the people of Isoko from the grip of House of Representatives Minority leader, Leo Ogor, who has occupied the seat for about 16 years.”

“Hon. Joel-Onowakpo Thomas has come to liberate the good people of Isoko federal constituency from the 16 years of slavery in the hands of PDP in the federal House of Representatives.

“We must all give our full supports to Joel-Onowakpo for total freedom,” Erue said.